Article > Articles > Intellicode Garage Door Opener Technology. What Is It? 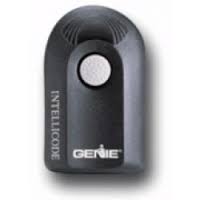 The Intellicode technology is a patented Genie garage door opener security rolling code system. It was patented in 1995 and is still today one of the best ways to ensure the security of a property through the opener.

The risks before the rolling code technology appeared

Up until 1995, the garage door openers worked with a fixed code. That’s simply the code sent by the remote to the opener. It has to do with the communication between the transmitter and the receiver.

With the invention of the first wireless garage door opener remotes, the system was very simple. There was a remote (the transmitter). And there was a receiver in the opener. The garage door remote was programmed on a designated frequency. Thus, it signaled the same code to the receiver of the opener. Every time the button was clicked, the opener recognized that code and opened the door. Eventually, some problems began. Mr. A was pressing the button of his remote and the neighbor’s garage door would open. That was solved with the next evolution.

The next revolutionary step involved a digital code. Codes set by 8-to-12 dipswitches. And so, most interferences among neighbors stopped. At this stage, the transmitter signaled a few different codes. But still a very limited range. It was around this time when most security concerns were raised. People with even some limited knowledge about such systems and bad intents could easy break-in. How? They could detect the nearly-fixed code of a certain opener and enter effortlessly into the home. You see, up to this point, these systems weren’t designed with security in mind. They rather aimed at solving the problem of opening garage doors in nearby locations.

And then, the rolling code – aka, hoping code, technology was invented.

The opener manufacturers integrated the rolling code technology into their business.

What is the rolling code in general?

It’s a system used in keyless entry systems, like that of openers and cars. The code the transmitter sends to the receiver is never the same. It’s a random code. The most vital thing? The code is picked among millions and billions of codes. It’s never the same. Ever. That’s what the rolling code system is all about. 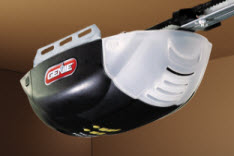 The Genie Company was one of the first that not only welcomed the rolling code technology but also patented their very own security system. Intellicode. When the remote button is pressed, the code sent to the opener is never ever the same. There are myriad combinations. The choice is random. Completely. And so, the property is secure. At that point and knowing that many of its customers already had openers with a fixed code, Genie created a conversion kit. Genie asked all those with an older opener and safety sensors installed to upgrade their receiver and get the conversion kit to enhance security.

Basically, Intellicode was nothing more than a regular rolling code system. One used by all big opener brands. But that one was patented by Genie. And it was baptized Intellicode.

When we talk about electric garage doors, we are usually concerned about safety matters. No doubt. The openers integrate some features – photo eyes, a reverse system, a release cord, to ensure no accident will happen. This shouldn’t be confused with rolling code. Intellicode is useful strictly for matters of security.

How will you know the Genie opener you get includes INTELLICODE? All Genie products integrate this security rolling code system. And it also appears on the opener’s manual. In fact, today the Genie products an Intellicode 2 system. Simply put, the security features are better than ever.